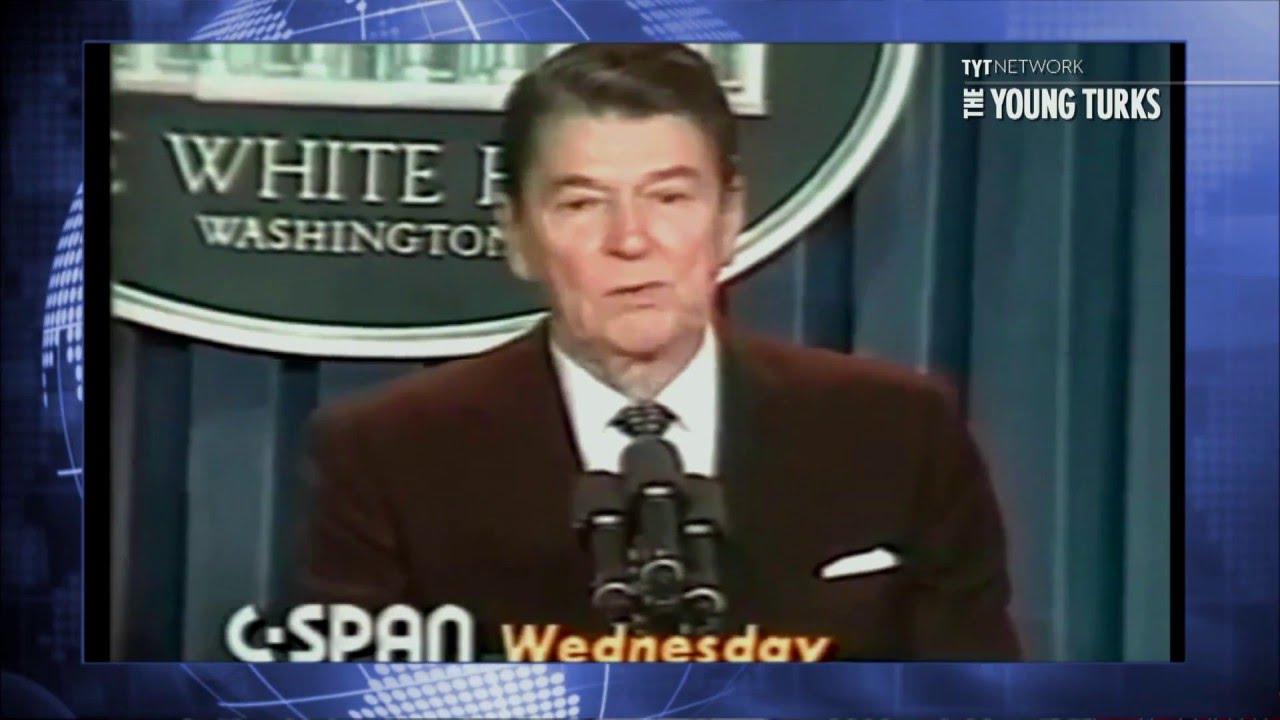 Will The GOP Take The Gipper’s Advice On Supreme Court Nominees?

Republicans are making the case that it would be inappropriate for Barack Obama to nominate the next justice after Antonin Scalia’s death, arguing against those Republicans is President Ronald Reagan. Cenk Uygur and John Iadarola of The Young Turks discuss President Reagan’s comments and the GOP plans to block Obama’s SCOTUS nominee. Tell us what you think in the comment section below.

“Ronald Reagan almost appears to be speaking from beyond the grave to Republicans vowing to block any Supreme Court nominee submitted by President Barack Obama.

In this clip from C-SPAN, the Gipper urges the Democrat-controlled Senate to confirm Anthony Kennedy, who he nominated to the Supreme Court late in 1987. Kennedy was ultimately confirmed in February 1988 by a 97-0 vote.

At the time, Reagan called on all Americans to “join together in a bipartisan effort to fulfill our constitutional obligation of restoring the United States Supreme Court to full strength.” He also asked the Senate for “prompt hearings conducted in the spirit of cooperation and bipartisanship.”

Unlike today’s Republicans, the chair of the Senate judiciary committee did not threaten to block the nomination nor urge Reagan to leave the seat vacant for the next president to fill. ”

The MOST Important Date In The Democratic Primary Election
https://www.youtube.com/watch?v=d0PU2vAD_PU&index=1&list=PLTpcK80irdQjjqRoC8g2kyUPXfjZ3llHq

Will The GOP Take The Gipper’s Advice On Supreme Court Nominees?
https://www.youtube.com/watch?v=D5envSlw-LU&index=4&list=PLTpcK80irdQjjqRoC8g2kyUPXfjZ3llHq