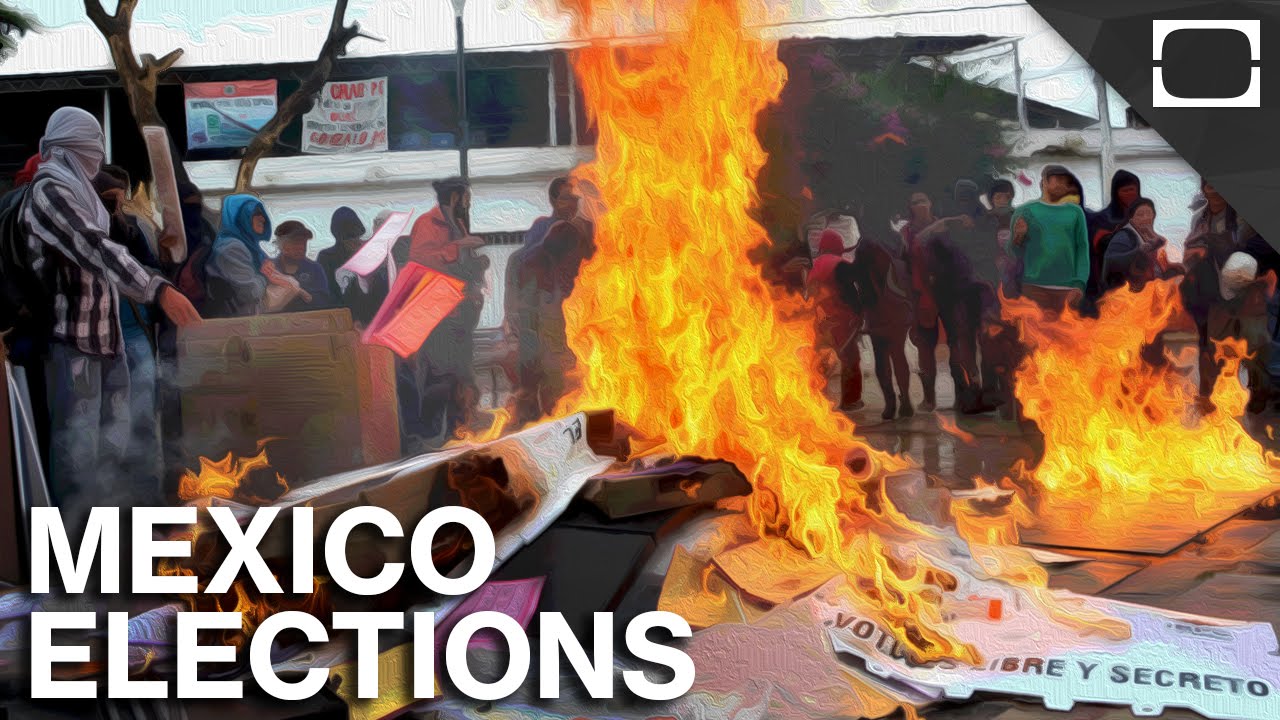 From candidates murdered to burning electoral ballots, Mexico’s elections were filled with violence. So wanted to know what is happening in Mexico?

Mexico’s election faces disruption as radical teachers burn ballot papers
http://www.theguardian.com/world/2015/jun/05/mexico-election-disruption-teachers-burn-ballot-papers
“Radical teachers and relatives of Mexico’s disappeared have vowed to disrupt voting in the country’s coming national election on Sunday, towards the end of an electoral campaign that has been marked by the murders of candidates amid serious questions about fairness and legitimacy.”

Why the Violence in Mexico is Getting Worse
https://www.youtube.com/watch?v=w3Oq1A4QQ0o