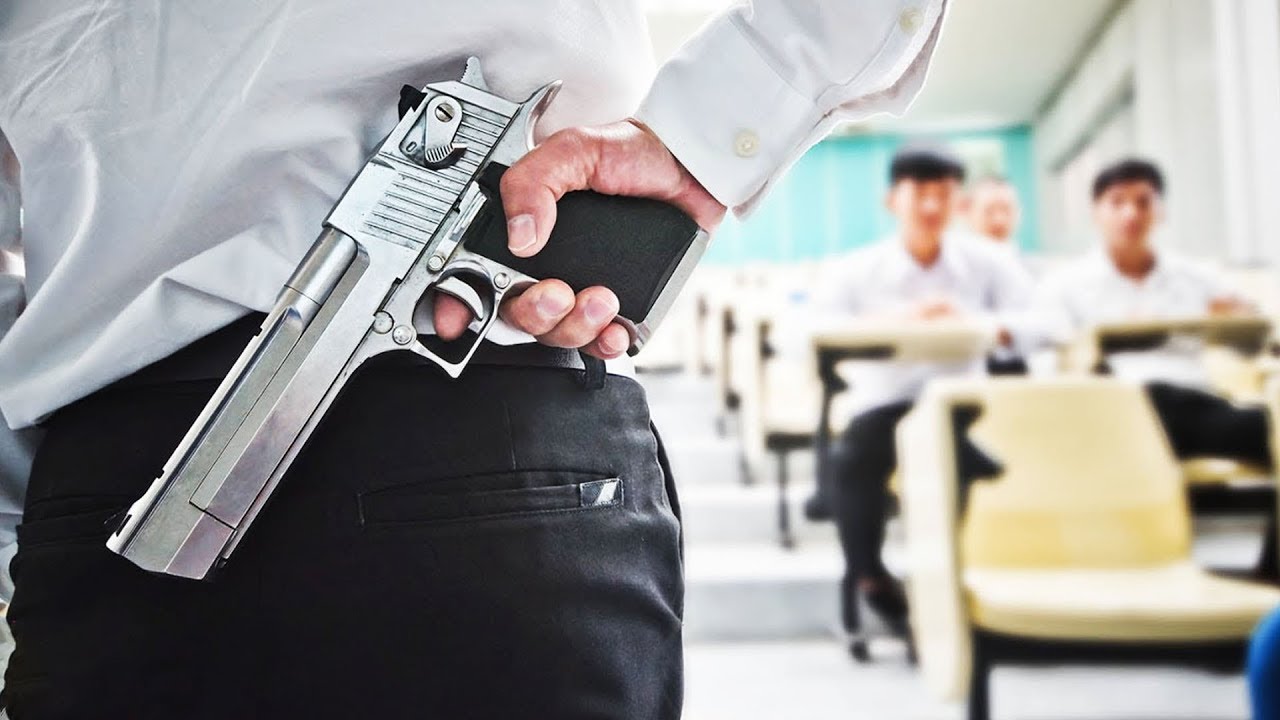 Trump is now clarifying: only some highly trained teachers. Cenk Uygur, host of The Young Turks, breaks it down. Tell us what you think in the comment section below. http://www.tytnetwork.com/join

“President Trump denied he called for all teachers to be armed during a White House meeting with survivors and parents of children gunned down in school attacks and took aim at “Fake News” for twisting his words.

“I never said ‘give teachers guns’ like was stated on Fake News @CNN & @NBC,” he posted on TwitterThursday. “What I said was to look at the possibility of giving ‘concealed guns to gun adept teachers with military or special training experience – only the best. 20% of teachers, a lot, would now be able immediately fire back if a savage sicko came to a school with bad intentions.”

The president said “highly trained” teachers would serve as an efficient way to deter “cowards” from shooting up schools.
“Far more assets at much less cost than guards. A ‘gun free’ school is a magnet for bad people. ATTACKS WOULD END!,” he concluded.
In another tweet minutes later, Trump laid out the positions he would take to keep people safe from gun violence.”*