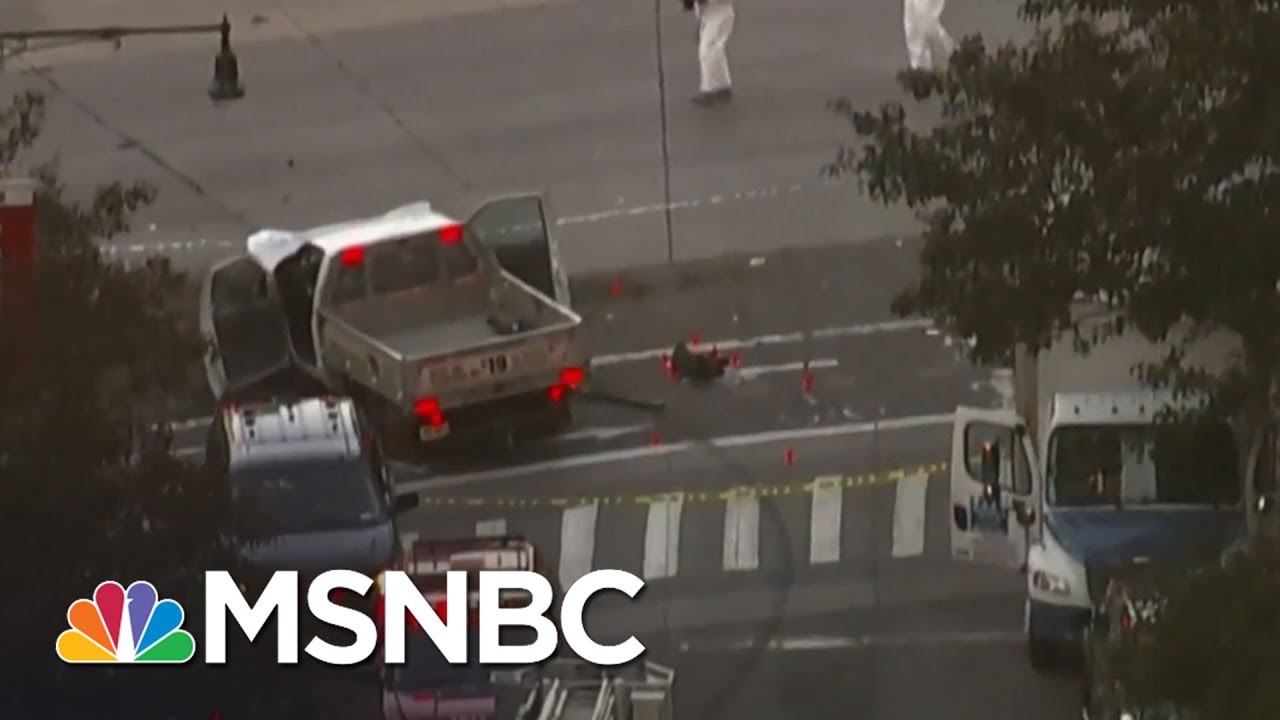 Truck Attack In NYC: What We Know | MTP Daily | MSNBC

NBC’s Tom Winter brings us the latest on the deadly incident in New York City when a truck slammed into bicyclists and says that 8 people are dead and 15 are injured.
» Subscribe to MSNBC: http://on.msnbc.com/SubscribeTomsnbc

Truck Attack In NYC: What We Know | MTP Daily | MSNBC