*Osama bin Laden’s son-in-law, the voice of fiery al-Qaida propaganda videotapes after the September 11 attacks, was convicted Wednesday of conspiring to kill Americans for his role as the terror group’s spokesman. The verdict came after about five hours of deliberation in the case against Suleiman Abu Ghaith, the highest-ranking al-Qaida figure to face trial on US soil since the attacks. The Kuwaiti imam had testified during a three-week New York trial that he answered bin Laden’s request in the hours after the attacks to speak on the widely circulated videos used to recruit new followers willing to go on suicide missions like the 19 who hijacked four planes on September 11, 2001…* The Young Turks host Cenk Uygur breaks it down.

Previous NSA Spying On Former Presidents?
Next Why Is This MSNBC Host Kissing Ass? 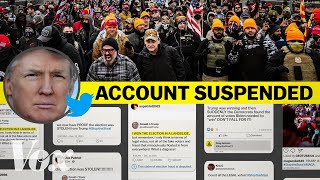