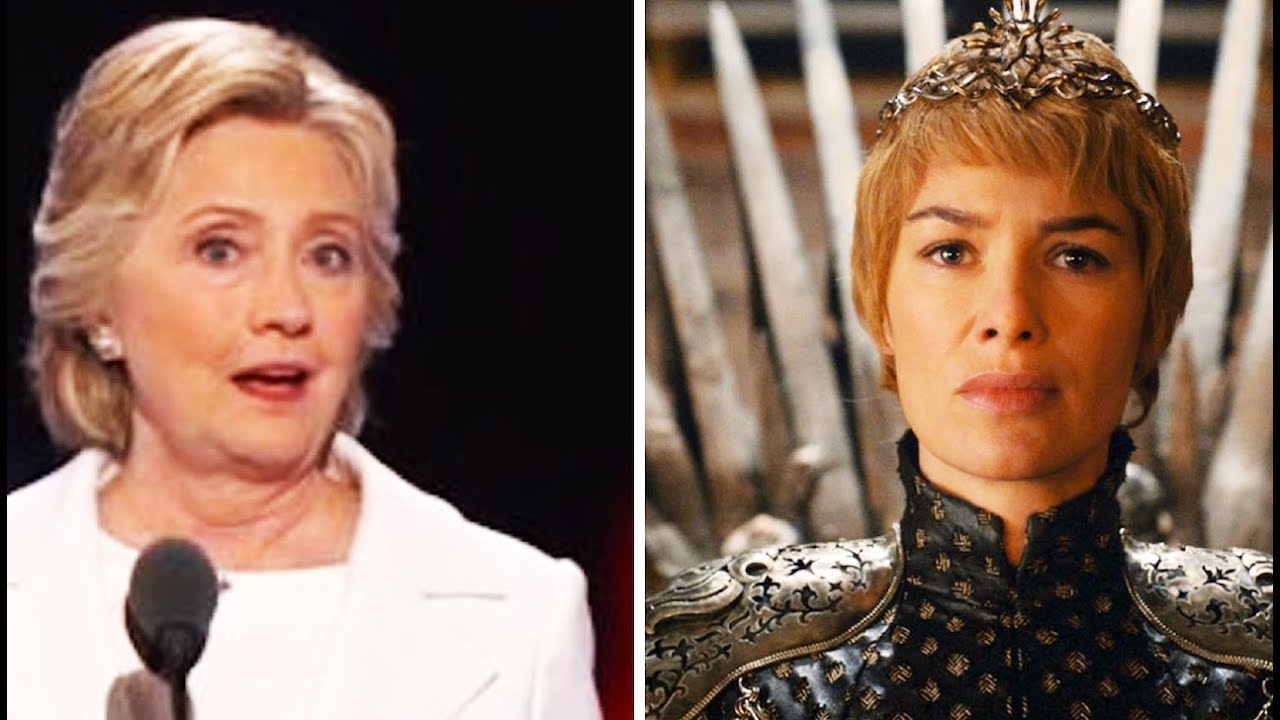 Hillary Compares Herself To Cersei

This is offensive. Cersei wasn’t stepping on rakes her whole political career. Cenk Uygur and Ana Kasparian, hosts of The Young Turks, discuss. Tell us what you think in the comment section below. http://www.tytnetwork.com/join

“With her new book What Happened being released today, more excerpts are making their way online. Charlie Spiering of Breitbart News found this passage from her book that compares herself to Game of Thrones character Cersei Lannister when writing about the numerous “Lock her up!” chants that took place at Donald Trump‘s campaign rallies.

“Crowds at Trump rallies called for my imprisonment more times than I can count,” she wrote. “They shouted, ‘Guilty! Guilty!’ like the religious zealots in Game of Thrones chanting ‘Shame! Shame!’ while Cersei Lannister walked back to the Red Keep.””*