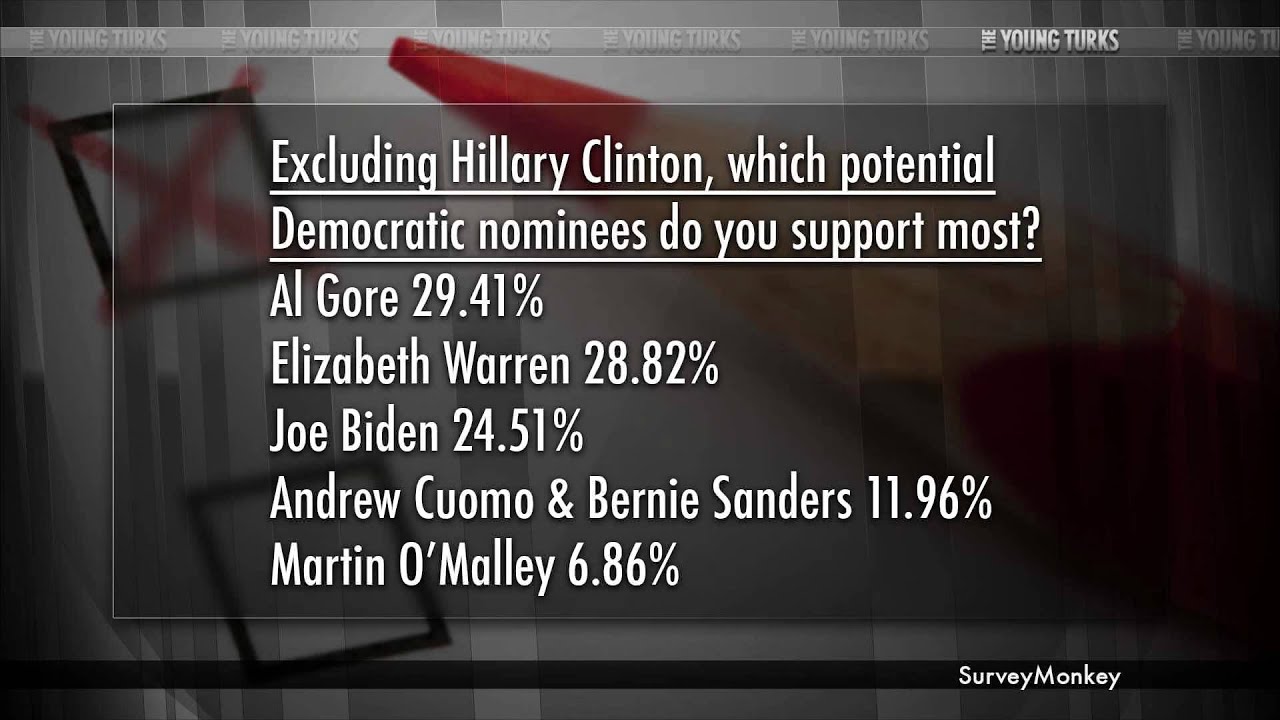 The Young Turks teamed up with SurveyMonkey to pose a number of questions to the audience about how much they support Hillary Clinton’s prospective run for President, and who they would support as alternatives. The Young Turks host Cenk Uygur (http://twitter.com/cenkuygur) goes over the poll results, as well as giving an overall update on who’s leading in the petition for a progressive challenger for the Democratic nomination.

Are you dissatisfied with Hillary Clinton as the presumptive democratic nominee for President in 2016? Are you hoping for a more progressive candidate? We want to know who you want, email us your choice of candidate at petitions@tytnetwork.com once we receive your choices we will publish petitions for your candidates at http://www.tytnetwork.com/petitions. We’ll leave your petitions up on our website until October 1st, at that point any candidate who has reached 1000 signatures on their petition we believe should be taken seriously as a legitimate progressive challenger to Hillary Clinton, we will leave those names up on our website indefinitely to see how many signatures those petitions get. Email your choice for a progressive challenger to Hillary Clinton at petitions@tytnetwork.com

‘Your Country Is Just Not That Into You: How the Media, Wall Street, and Both Political Parties Keep on Screwing You—Even After You’ve Moved On’ by Jimmy Dore. Buy it here: http://goo.gl/t7GnDA