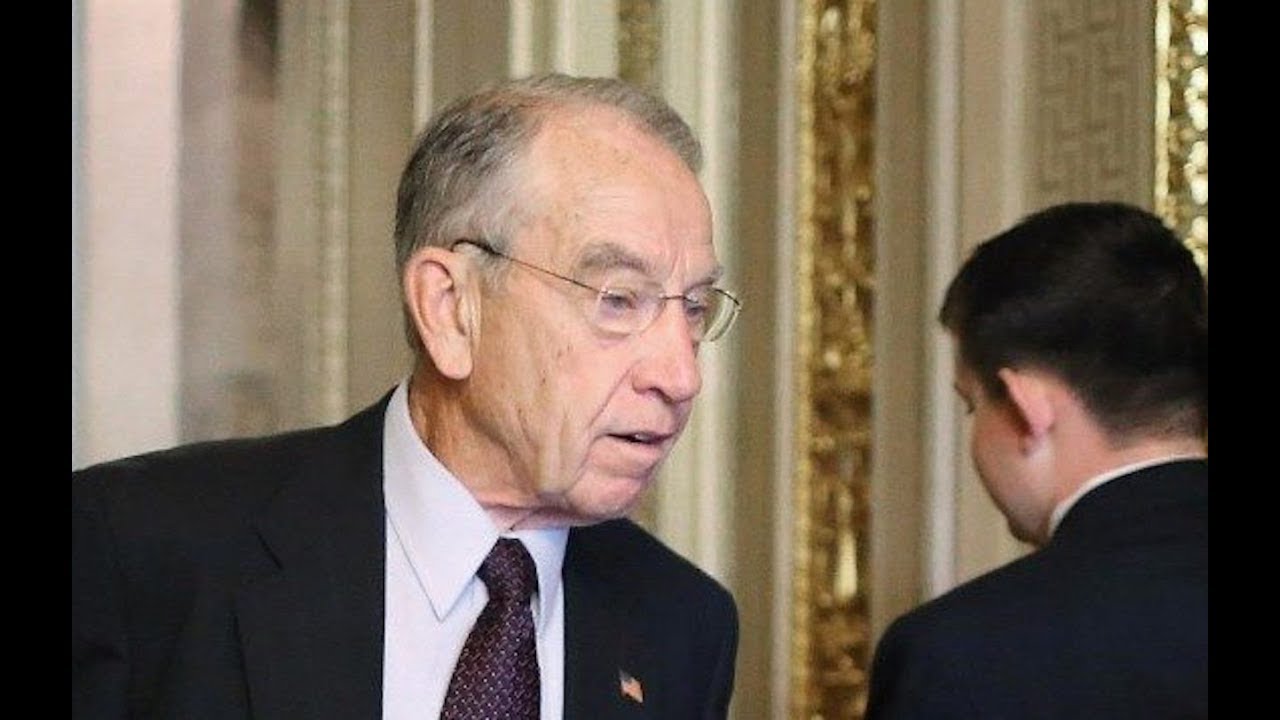 Chuck Grassley nearly knocked over some American flags while fleeing reporters. Cenk Uygur, hosts of The Young Turks, discuss. Tell us what you think in the comment section below. Join TYT: https://goo.gl/v8E64M